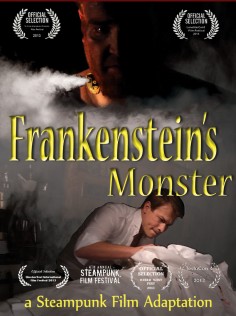 It has been a long road–but we can finally say that we’re released! Thank you everyone who has followed our film. 30+ sci-fi conventions and film fests and we’re in awe. Right now, in it’s early days. The MOST important thing for our film is ratings. Please write everyone you know and ask to give an honest review of the film (considering budget size). Ratings in the next week are crucial for the film’s ability to show up in the new releases Amazon listing.

February is our month.

Link for DVD or Streaming on Amazon: (good quality)

http://www.imdb.com/title/tt2952488/
Our film is also up on IndieFlix. This is a subscription-film web-based indie site.

https://indieflix.com/indie-fi…/frankensteins-monster-39162/
Thank you again everyone.